Liverpool manager Jurgen Klopp highlighted the arrival of Bruno Fernandes at Manchester United as the major force behind the Red Devils’ resurgence ahead of a top-of-the-table clash between the sides on Sunday.

For the first time since 1997 Liverpool and United sit first and second in the Premier League ahead of a meeting between, historically, the two most successful sides in English football.

United hold a three-point lead over the reigning champions, a huge turnaround from their last trip to Anfield a year ago when Liverpool’s 2-0 win opened up a 30-point gap between the two.

Fernandes arrived in Manchester from Sporting Lisbon nine days later and United have not lost a domestic away game since.

Unbeaten in 11 league games, Ole Gunnar Solskjaer’s men are challenging for the title for the first time since Alex Ferguson’s retirement as boss in 2013.

“He is an outstanding player,” said Klopp of Fernandes, who won his fourth player of the month trophy in 2020 by picking up the award for December on Friday.

“Before he joined United we played already Sporting on the US tour (in 2019) and in that game already you could see ‘wow’.

“Obviously everybody knew him. You could really see he was a difference maker, that’s what he shows now. He is settled, he’s a very influential player for United, involved in a lot of things.

“People talk about the goal involvements, but the link-up and other situations as well. He seems to be a leader as well, so unfortunately a good signing for United.”

Both clubs looks set to do battle in a title race for the first time since 2008/09 when United emerged victorious under Ferguson.

However, Klopp claimed victory against the league leaders is sweet enough on its own without drawing too many conclusions on the impact it could have come the end of the season.

“Winning against United is enough itself. That’s all we have to think about,” he added.

“There is no extra add on because of the situation they are in. They got the points, they deserve the points they have so far, we have ours, and the season there is still a long way to go.

“We just try to win football games and to do this we need to perform on our highest level because United are a good team. They always were and that’s it.”

Fernandes was not the only United player to draw praise from the Liverpool boss as he again hailed Marcus Rashford’s campaign to fight child food poverty.

Rashford has pressured the British government into a series of U-turns to provide more support for families struggling during the coronavirus crisis while schools are shut.

“It’s absolutely exceptional what Marcus is doing there,” said Klopp.

“It’s a little bit of a shame, I know Marcus thinks that himself, that he has to do the work, that there is not an understanding.

“But he did it because he saw the issue, because he had the same issue when he was a kid. It’s brave when you see somebody never forgetting his roots. It’s an exceptional thing to do.” 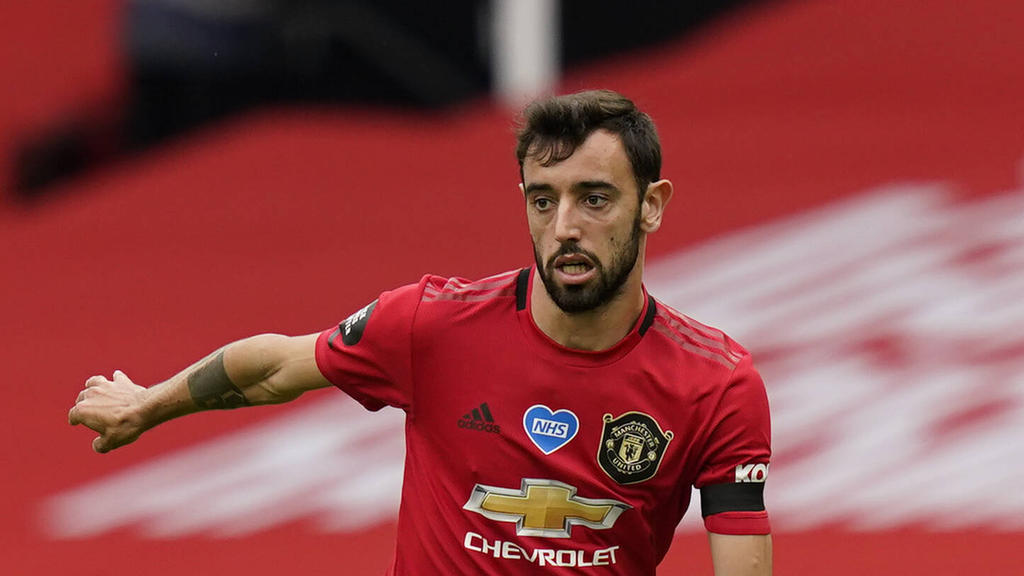